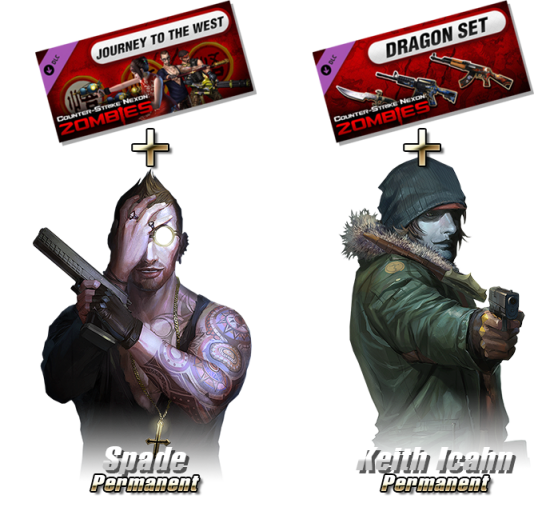 Players who purchase both DLC Packs can get both of these skilled combatants for PERMANENT!

In Counter-Strike Nexon: Zombies, the AK-47 and M4A1 are cornerstones to the battles between Terrorists and Counter-Terrorists. There may be an eco round, and some may prefer the AWP, but these two rifles have become inseparable from CS lore.

The Dragon Set focuses on these two iconic rifles, containing variants of the AK-47 and M4A1 which both sport a vivid customized exterior. What helps set these rifles apart is the third piece of the set: the Dragon Knife. 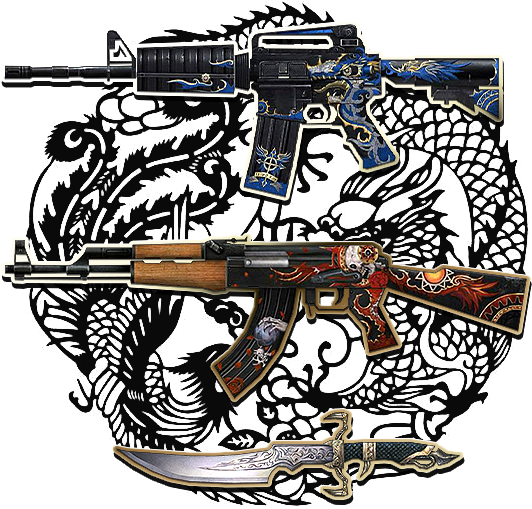 When the Dragon Knife is equipped at the same time as either the AK-47 Dragon or the M4A1 Dragon, the time required to complete a reload is reduced.
Of course, you may just want to bring both into combat to put such a vicious looking blade to work on your enemies– also not a bad reason to match the Dragon Knife with either of these rifles!

If you are having difficulty entering your code, please attempt the following;