DUE PROCESS is a tactical FPS where tactics finally matter. Planning & teamwork are essential for victory because every map is procedurally generated. You’ll be faced with a new challenge every time you play.

Fresh maps make Due Process great. Levels are built in-house via a procedurally assisted level generation process and are delivered weekly via steam update, which means you won’t be playing on the same stale level. Our level designers edit each level before it goes out and are constantly trying new concepts.

Teamwork starts with a goal. Discuss your strategy over voice chat, and use the planning phase to draw up a plan of attack. Deploy your assets wisely over the course of three rounds, as anything fielded from your armory won’t come back if destroyed or lost.

No plan survives first contact. The plan is a start, but you’re going to have to think on your feet and coordinate with your team when things go awry. Getting your teammate to open fire to cover your footsteps just might secure you the element of surprise.

Play as two distinct factions with radically different playstyles and capabilities. Asymmetric warfare at its finest.

A corporate military force contracted with enforcing indefinite martial law. Armed with the best tactical gear and weapons for a CQB environment. Speed, surprise, and violence of action are the essential elements of good execution. Once a plan is made, move forward with purpose, either by systematically eliminating the opposition room by room, or by striking swiftly at the heart of the defense.

A rag-tag band of outlaws who oppose the corporations by any means necessary. Their weapons and gear are relics and rudimentary, but are not to be underestimated. Cunning is their strength. Anticipate what the enemy is planning, then set up the kill zone. Lay traps, coordinate crossfire with your team, and exploit breaks in the attack to flank the enemy and bring a decisive end to the fight. 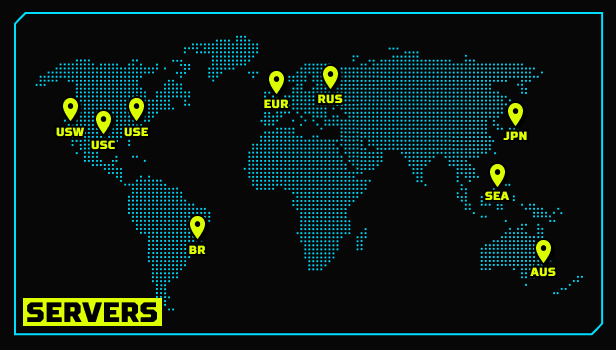 Servers are available in the US, UK, AUS, Japan, Singapore, Brazil, and Russia