The story follows Nemu, a magic caster that was sealed for 500 years and now suffers from amnesia.

You will have to recover her lost memories to discover her past goals and memories.

Find new allies, with each have a backstory and motivations.

Change the equiment of your characters to fit your strategy.

Complete Side and Challenge Missions to unlock more customization choices, like BluePrints with let you craft new/different Items.

Combat is Turn-Based and seperates in to stages, the Planning Phase and the Combat Phase.

Planning Phase:
Unlike in "most" Turn-based Strategy Games, you have to plan more than just on "action/attack".
This means each turn you have to plan multiple "actions/attacks“ for each of your Units should make that turn, before you enter the Combat Phase.
Many Units/Characters can make more than one action each turn which can make a turn quite complex/difficult to plan.

Combat Phase:
If you are finished/satisfied with you Planning Phase you will end your turn starting the Combat Phase.
During the combat Phase you have no way to change you desisions and all Units/Characters will take turns to activate and use "actions/attacks“ until all activations are resolved and the next turn start.

Every playable Character can spent upto 10 level in upto 4 Classes (you can mix/combine Classes to suit your strategy).
Classes can have a level beween 0 and 5, unlocking Skills and/or Passives with each level.
Every Character can equip atleast one Weapon, four consumable Items and one Artifacts.
While completing Missions/the Story you will also be able to choose between rewards to permanently alter/enthance your Characters.

For this example we will take a look at the Character Elysa, who is a Water Spirit that joins the party in Chapter 1.
After joining the party Elysa can use 4 Classes (as the game progresses she can/will unlock more). 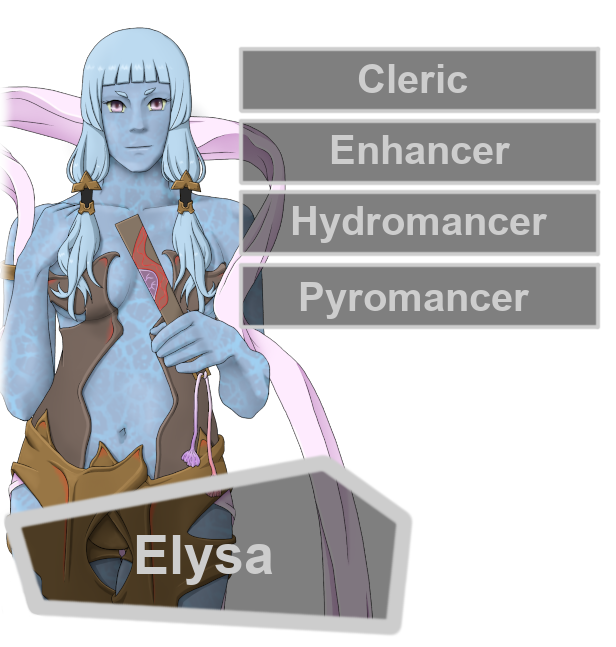 For this build we want to make her a support character.
First we will spende 8 Classlevel (Chapter 2), 5 in the Enhancer Class and 3 in the Cleric Class.
This will unlock these Skills (black) and Passives (grey). 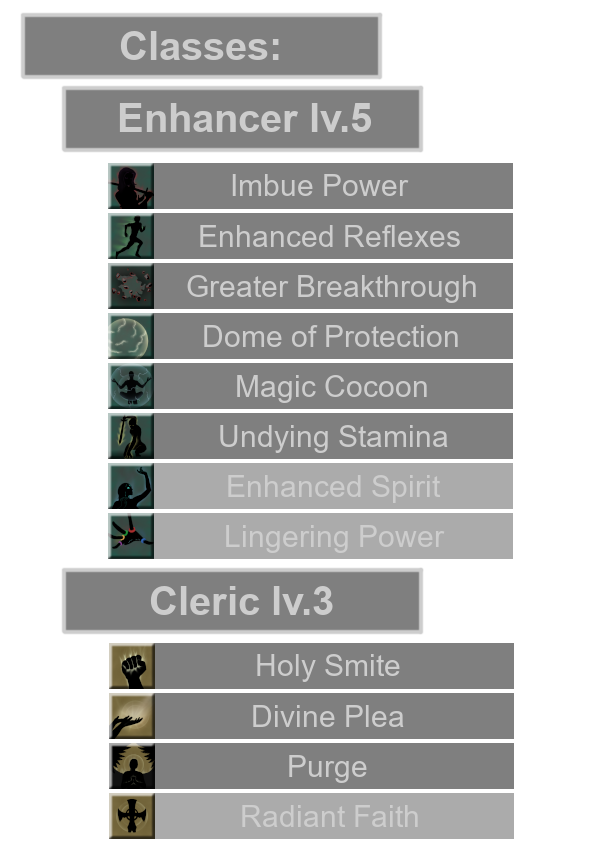 For the Weapon we equip [Tome: Chilling Storm] which grants her the [Chilling Storm] Skill without using the Hydromancer Class.
As an Artefact we will use [Unholy Arsenal] with has a passive that grants the wearer +2 Skillslots.
As consumable Item we equipen a [Healing Potion] and [Mana Potion], a [Ironskin Potion] (to increase her weak physical defence) and a Spell Scroll with we can use to damage tougher enemies. 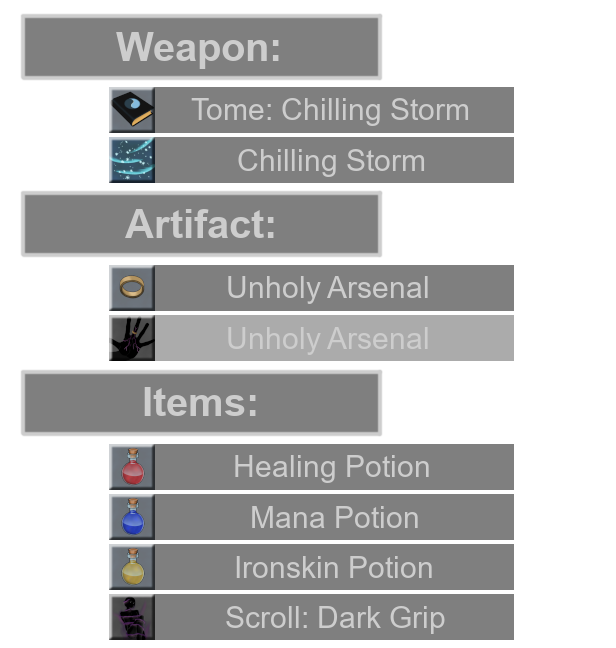 For the last step we have to choose with Skill we want to equip on her Skillslots.
Every Character can choose upto 5 Skills, but thanks to the [Unholy Arsenal] (Artifact) we can equip 7 Skills (8 if we count the Weapon Skill). 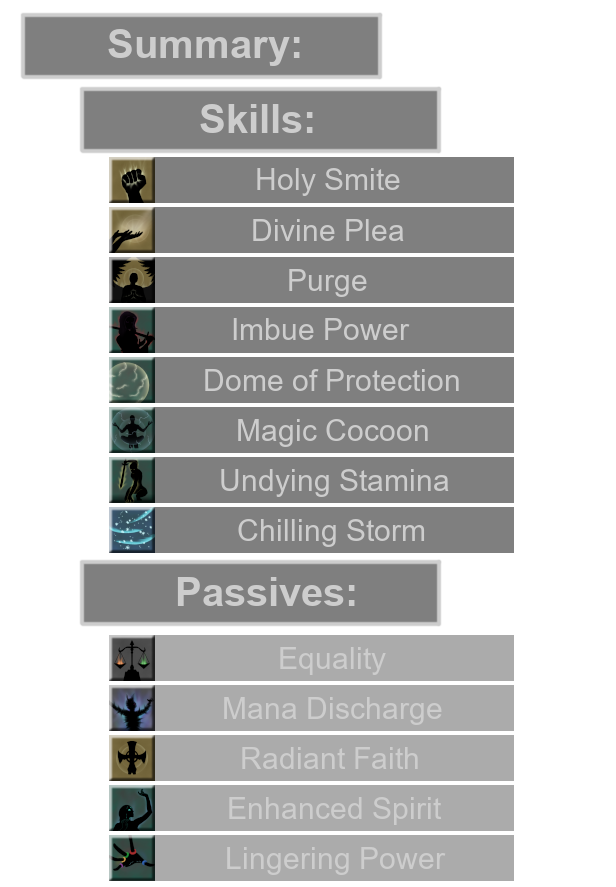 And the Passives are:
[Equality] Elysas Character Passive that can incresse the effect of Attack, Buff and Healing Skills, but only after using a Skill of the other type.
[Mana Discharge] the Spirit Race Passive, this will restore mana (party) if this unit dies.
[Radiant Faith] incresses healing.
[Enhanced Spirit] incresses mana regeneration.
[Lingering Power] incresses buff/debuff durations.