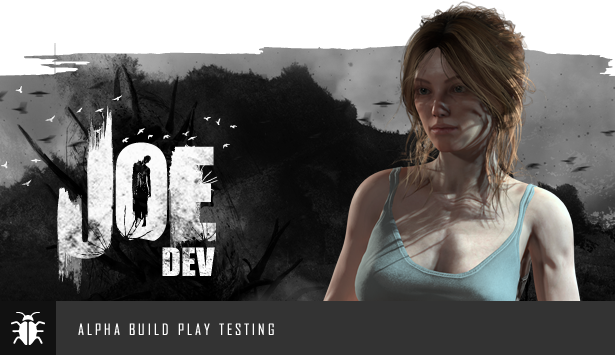 KYE Creations are all about the community getting involved with feedback and ideas on mechanics and features we are developing during our alpha stages. We realise not everyone who purchases alpha games wants to help test and progress game development, but we would appreciate anyone playing the alpha version to report any bugs or contact our team on the many platforms available, including Steam, Discord or social media.

WHAT IS THE CURRENT STATE OF THE GAME
Jaws of Extinction is currently in its alpha stages. This means that it is still heavily in development. The game is not presently on sale, because we feel that JoE is NOT (quite yet) ready to go live to the public.

As is normally the case with games in development, the developers are continually working on the many issues, including bugs with mechanics, missing content and performance related issues currently affecting the game.

If you wish to ask the community for advice on whether the game is playable on your current system set up, we suggest joining our Steam or Discord community, links provided below.

WHEN WILL MULTIPLAYER BE AVAILABLE
We are currently fine tuning current mechanics, building out content and working on performance improvements. Once we are happy that you will be happy with single player we will start to stagger protagonist character releases. Then coop will be introduced where you can play as different protagonists together.

Coop will start with two-player, then will be expanded fully to three and four-player coop. Eventually, the game will be ready for testing on dedicated servers provided by our partner GTX Gaming (http://www.gtxgaming.co.uk). You will also be able to rent servers from them, integrated with other partner Tebex (https://www.tebex.io/) using the tebex system to help monetize your server and community if you wish.

WHEN WILL THE MAIN STORY BE AVAILABLE
As each protagonist character is released we will also be releasing an introductory single player story level (optional to play) teaching you the basics of the game and the character’s abilities.

The main story will be released in chapters in free updates (non-DLC). 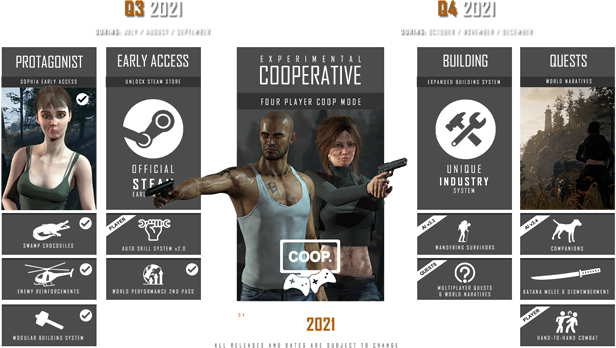 BEFORE YOU PURCHASE: An important message from the dev team

In the spirit of our ethos of transparency and integrity we want you to know that our game is at ALPHA stage in EARLY ACCESS and will therefore contain many bugs and have performance issues on low to mid-end machines. We’re really proud of how it plays so far (it’s a lot of fun!) but if your rig DOES NOT meet the RECOMMENDED spec then the game may not perform well and as much as we appreciate your support we would suggest that you wait until later in development before you invest your money. We don’t want you buying something that’s going to disappoint you. 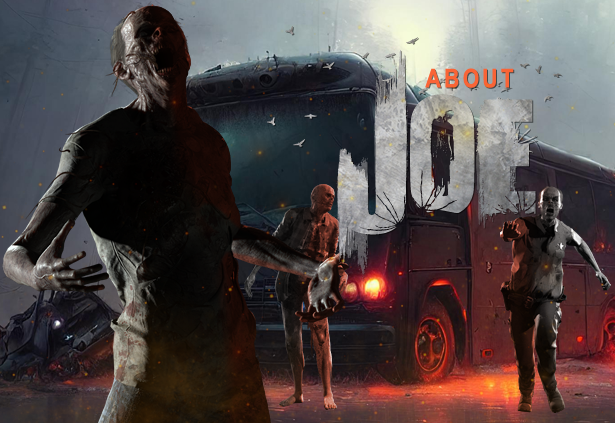 HOW FAR WOULD YOU GO TO SURVIVE ONE MORE DAY?

Jaws Of Extinction (JoE) is a story-driven, single-player and multiplayer, horror-survival RPG. Your story begins on a large, open-world island known as Eden-Nadir; a place renowned for its beauty and thriving wildlife.

You will be faced with decisions that you may not wish to make as you battle against terrifying infected locals, brutal armed survivors, dangerous native wildlife, exposure to the elements, and the threats posed by other players.

Play single player, co-op with up to 4 friends or multiplayer on a dedicated server. Follow the storyline and uncover the dark secrets of Eden-Nadir or go off the beaten track and simply survive in the huge, open-world, hand-crafted environment.

The infected can do almost everything you can do—climb, vault, run, and even open doors. To get an edge, players must use stealth, cunning and the appropriate equipment to survive.

The infected are not reanimated undead. They are conscious and completely aware of what is happening, but have no control over their actions. Screaming in pain, they are slaves to the fungal parasite seen protruding from wounds on their bodies.

Headshots will spread a cloud of hazardous fungal spores. The best way to eliminate the infected is by damaging the heart. Take mercy on them.

Infected are attracted to water and become extremely dangerous when exposed to it. Every trip to a reliable watering hole carries risk, and be wary of straying too far from safety when dark clouds are overhead. The skies will betray you in other ways too. Beware of flocks of carrion birds that will give away your position.

What will be your profession? You can build, craft, trade, farm, hunt, fight, scavenge, loot, ambush and steal… it’s all up to you! How will you choose to survive?

The island of Eden-Nadir’s diverse biomes range from sweeping lavender and corn fields to sun-dappled forests and beautiful seashores which feed into murky swamps. If you’re looking to settle a more urban environment, then the island is dotted with deserted towns, fortified cities, even quaint villages and picturesque countryside retreats. All waiting to be claimed.

We are constantly updating our roadmap with newly completed systems and upcoming features. Take a look at what is currently available and what is coming soon.