Prism is a spatial shoot ’em up with some RPG aspects.

But also over 12 different skills, with a talent skilltree for each of them. You move 360 through a central Prism that returns more powerfull bullets, on which you influence their refraction angle with your gears.

You will find spaceship modificators (mods) during your adventure, that are randomly generated, with 3 rarity levels (common, rare & pure) and 4 different types (weapon, shield, reactor, & special)

You are about to live a mysterious adventure with a non-linear progression, through a solid story background. Will you solve all the secrets of the Prism artefact ?

Shoot and destroy enemies through the prism

Fight for the galaxy and evolve

The last gobelin fleet you met just shattered you into pieces ? 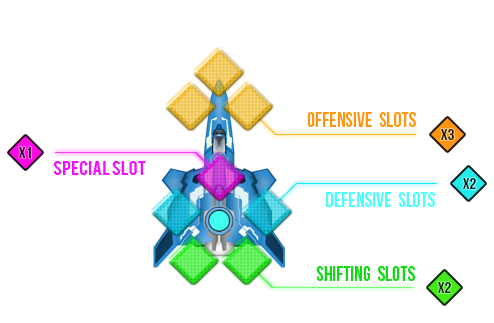 You are Brett Owen, a “Scout” of the Human United Nations (HUN) of the human race, which by the past found a mysterious starship and some fragments for an unknown crystal element, in a cave, at Puma Punku in Bolivia. The study of the wreck allowed man to copy its technology to power its aircraft with the energy contained in the fragments, allowing mankind to travel quickly and safely over long distances in space and so colonize part of the Milky way.

But one day a scientist accidentally activated by a sub system of alien wreckage and the owners responded to the call …
Space Gobelins, ultra aggressive, territorial race were now aware that a new planet had to be conquered and plundered.

The story begins, You have been sent to the system of Canis Minoris to look after an electromagnetic anomaly on a sterile planet with the same energy signature of the crystal fragments found on Earth long time ago… For you, it’s a normal mission : “Identify the anomaly. Define it. Make your report and wait for new orders”. That’s what they said.
But…

This time, something wrong happened. After some scans of the planet you detect the origin of an anomaly and found some kind of artefact, glowing with a cold blue light and turning quickly on itself : The Prism.

The problem is not the Prism itself, it’s the Space Goblins… They want it too, they are informed by their drones, and they are coming… For you