Rank: Warmaster is a genre-defying blend of 4X, RTS, and Space Flight Simulator in which you must explore and conquer the solar system in order to build a new empire and bring peace to humanity. When the Central Earth Government ran up too many debts with the megacorporations, drastic actions were taken to collect. Earth’s own defense grid has been turned against it and all Earthbound citizens have been taken hostage. Nobody enters and nobody leaves. 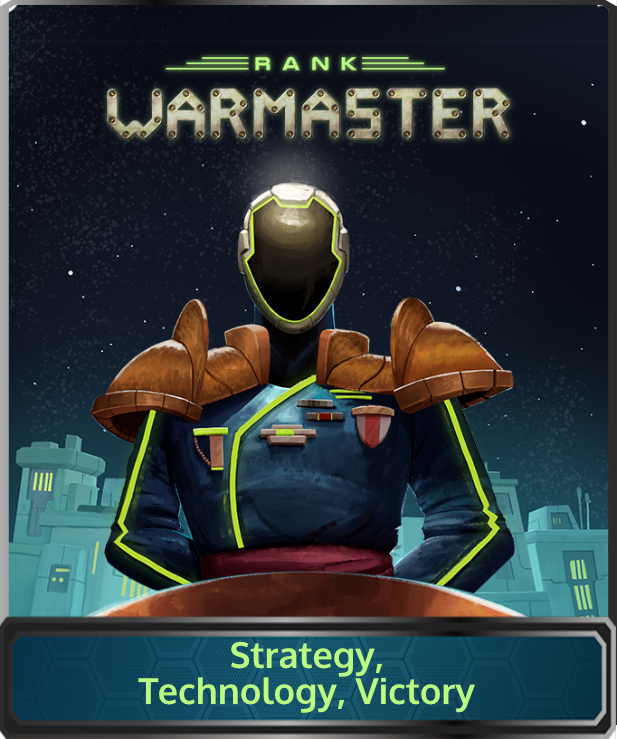 You take on the role of a corporate settler who has just been stranded on Mars. Trapped in an underground shelter your only assets are a Builder Bot, a handful of construction resources, and an instructional contingency AI named Ares. From these lowly origins you build first a city and then a fleet of remote controlled warships to secure your territory all the while knowing that you aren’t the only one out here. Every other major corporation launched its own settlers to escape the devastation and soon you’ll find that there’s just not enough solar system to go around. 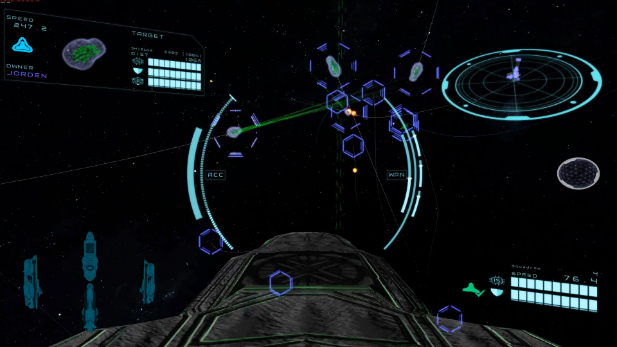 A One of a Kind Experience:

Rank: Warmaster combines the best parts of the 4X, RTS, and Space Flight genres bringing a new depth to all three. Build your cities in real time and raise up fleets to defend them. First plot your conquest across Mars, and then the rest of the solar system. Order your fleets into engagements with enemy forces and when the battle needs a personal touch freely drop in and take direct, first person control of any of your ships. When the ship you control is destroyed, instantly jump into any other ship you control on or off the battlefield with no respawn timer.

Every part of every ship is individually damaged and destroyed. Penetrate the hull to damage the critical systems held within. Enough damage will see a ship fully perforated, allowing weapons fire to pass through one ship and into another. With careful shots enemy ships can be left disabled rather than destroyed, the better to salvage them and reverse engineer their technology.

Customize Your Ships Using a Vast Web of Technologies:

There are many tools at your disposal, victory will rely on picking the right ones. Research new weapons and components and then use the ship builder for full customization of your ships including armor thickness, shield strength, and even weapon and component placement. With no set mounting points or number of components the only placement limit is the ship’s available internal space. Design the perfect ship manually or with assistance from the auto-build functions. Focus on the technologies that suit your strategy, but beware that your enemy can display just as much variety as you. You will be forced to adapt your designs or be left in the dust.

Create your own corporation with unique qualities to suit your preferred play style. Is your shield technology miles ahead of the competition? Perhaps your ships are optimized to allow more components to fit in the same amount of space. Maybe nobody knows explosives quite like you. The bonuses and penalties you select before the game even starts will be with you for your entire campaign, irrevocably changing the course of your destiny.

Command as you Will:

A suite of AI helpers allow you to focus on the aspects of the game you love the most and leave the management of everything else to the AI. Whether you want to focus on developing your cities and technology, strategically commanding your conquering fleets, or if you just want to be the best pilot in the solar system you have the freedom to play your way. If you prefer human management bring in friends and divide the responsibilities of empire management between you, the AI doesn’t know the difference. For a more competitive experience players can form their own corporations and challenge each other for final dominion of the solar system.

As you expand your sphere of influence an AI storyteller will present events and situations which bring new depth to your story of conquest. Some of these will be random while others will be placed at game start; waiting to be discovered. The solar system hides many secrets both mysterious and mundane. Carefully navigating the evolving narrative will yield potent rewards of technology and resources while the careless and unlucky will suffer brutal setbacks. Adapt to unforeseen circumstances as space itself becomes another opponent to be challenged and overcome. At the end of your journey face off against the forgotten colonists of Alpha Centauri who seek to reclaim their home system.