SYDE Rugby League Simulator is a rugby league simulator that runs entirely inside the windows command console. Generate 16 random teams and simulate an entire season with features such as:

Season stories
Generated news stories for every round in the season. This can range from opinion pieces to players transferring to other teams! 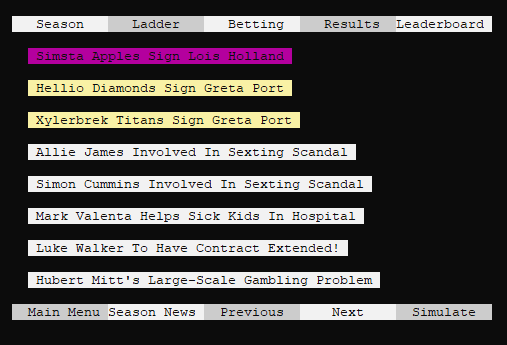 Game Betting
Bet virtual money on every game in the season, and on the eventual winner of the premiership 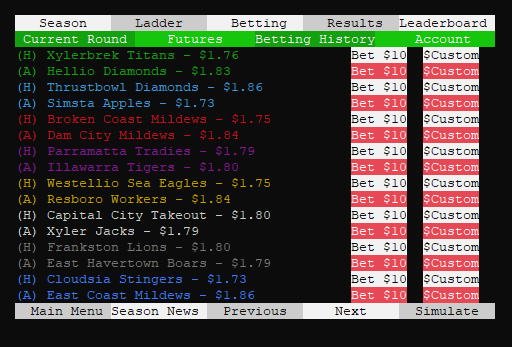 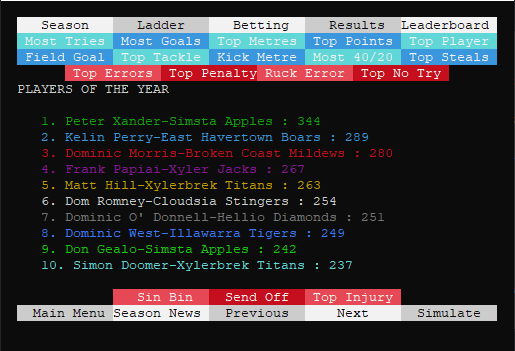 Season Ladder
View which teams are currently ahead of the competition 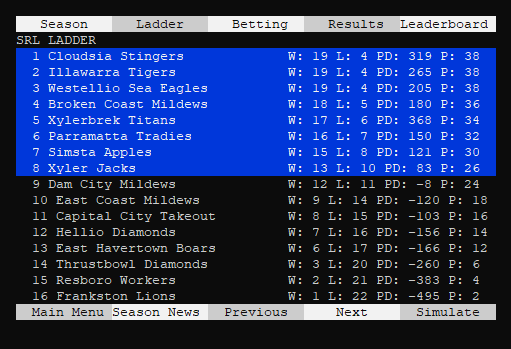 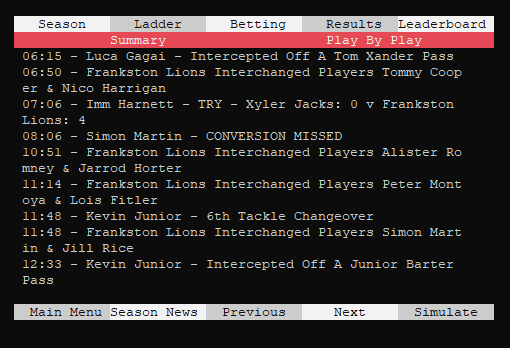 An array of options to change how the game is simulated (e.g. turning injuries on & off)

Export seasons & games to text files
Want to save a game for later? An export button will save your season/game to a readable text in your game’s directory

Turn on coaching mode to select a team to control and coach to victory!