“Will You Look Death in the Eye? An unearthly chill creeps through the air. The Wizard stops reading his ancient tome and gazes cautiously over his shoulder. The Warrior feels an unfamiliar fear as he draws his mighty sword. A shadow has fallen across the countryside. Death himself wanders the land. Can the heroes fulfil their epic quests with the spectre of the Grim Reaper hounding their every move?”

The Reaper introduces a brand new mechanic to the game where you’ll find a new NPC wandering across the land. The Grim Reaper moves around the board in the same way players do, however he can only move when a player rolls a 1 for their movement. At the end of the player’s turn, they then roll for the Grim Reaper’s movement.

Players should look to send the Grim Reaper after other players as when he lands on them they must roll 1 die against the Grim Reaper’s roll chart. If you’re paid a visit from the Grim Reaper you could lose all your lives and be killed! Will you make it to the Crown of Command alive? 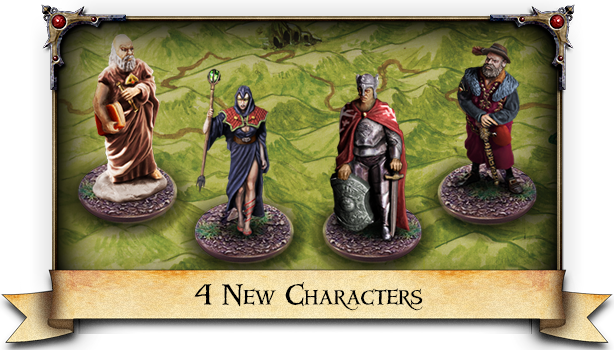 Devoted to the Forces of Darkness, the Dark Cultist never strays from her duties. Focused on reaching the Crown of Command and destroying anything in her way, she’s a force to be reckoned with. When playing as the Dark Cultist:

In these dark times, the world needs a noble hero! The Knight sets out on an adventure to defeat the evil stalking the lands of Talisman. When playing as the Knight:

With darkness creeping across the land, it’s even more vital to be well equipped. The Merchant finds himself able to avoid confrontation with some of the more intimidating Enemies and can haggle and trade with others to help him fight his way through the land. When playing as the Merchant:

Through his great wisdom and knowledge, the Sage is always prepared for what may happen next, keeping him one step ahead of the Grim Reaper. When playing as the Sage: 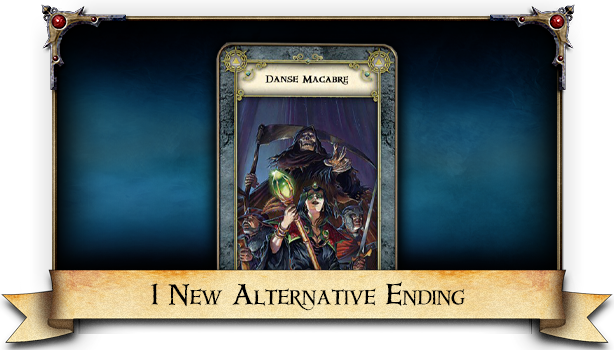 Once you’ve reached the Crown of Command and no other characters are present, you must send the Grim Reaper to visit any character in any region. Be wary of not getting to the Crown first as the Grim Reaper is stronger than once was thought. Players must subtract 1 (to a minimum of 1) off their role when battling against the Grim Reaper. 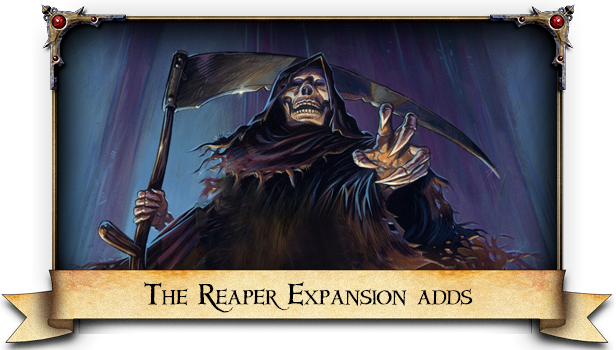 “The race to the Crown of Command has never been deadlier!”